Imagine me at 15… I am in the depths of my love for all things gothy (nothing has really changed); I am an endless source of black lace, dark makeup, and teenage melodrama. I am delighted to be attending a small fairy convention outside my hometown, surrounded by beautiful rolling hills leading into the mountains that are a feature of Central Pennsylvania. Late summer breezes ripple the grass creating a perfect place for hobbits and pastel-colored fairies to flit. But of course, I must play to my own darker aesthetic, introducing myself as the “Stinging Nettle Fairy, because all flowers deserve a fairy.” (Thank you, Terry Pratchett!)

The only other thing besides myself that is out of place in this golden lit valley is the astounding number of friendly flies. This summer happened to have an invasion of tent caterpillars and so to cut down on the numbers the Park Service released the caterpillars’ natural enemy, “friendly flies”… a fuck-ton of them. “Friendly flies” so called because although they don’t bite, they love to land on people. So people are constantly brushing away these huge, fat, black flies.

However… I lied. There is one more thing more out of place than me: a well-intentioned Fundamentalist preacher who attended the event to do puppet shows. These are puppet shows that have a moral lesson telling us how we were all going to hell for dressing up and having fun. He and I each had a innate understanding that we were at totally different ends of the philosophical spectrum, so we had warily eyed each other throughout the event. I decide to attend the last of his shows that afternoon.

I sit on a oversized toadstool watching his show with a solid unblinking gaze that Wednesday Addams would approve of. I refuse to do so much as twitch as the flies begin to land and settle on my black trench-coat and black lace dress. I am angry with him. I had been enjoying coming to an event that celebrated the strange and unusual, and here is this judgmental, moralizing man telling us we are wrong for celabrating. I turn on him the full force of my glare. He seems nervous as he looks over to see me sitting rigid-straight and still as a statue, as the flies continue to land on me. As he comes to the end of his show, nervously stumbling over his dialog, he glances at me again. With perfect theatrical timing, I rise. With the deep-red sun setting behind me, I become a horror movie come to life as thousands of large black flies take wing and rise in a cloud around me.

I am reasonably sure I made him wet himself. 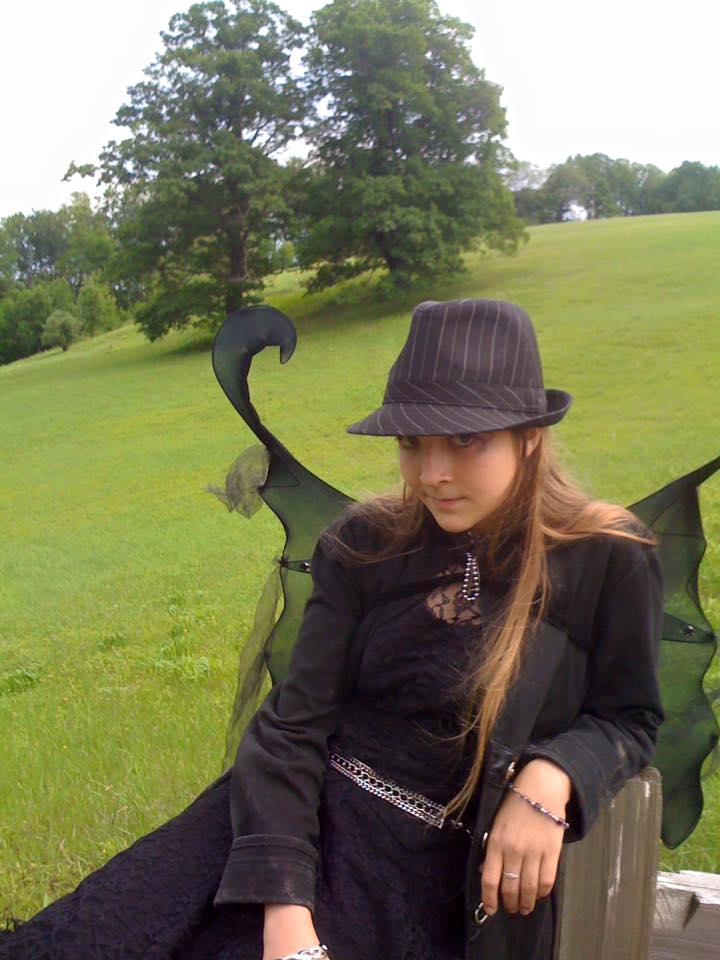