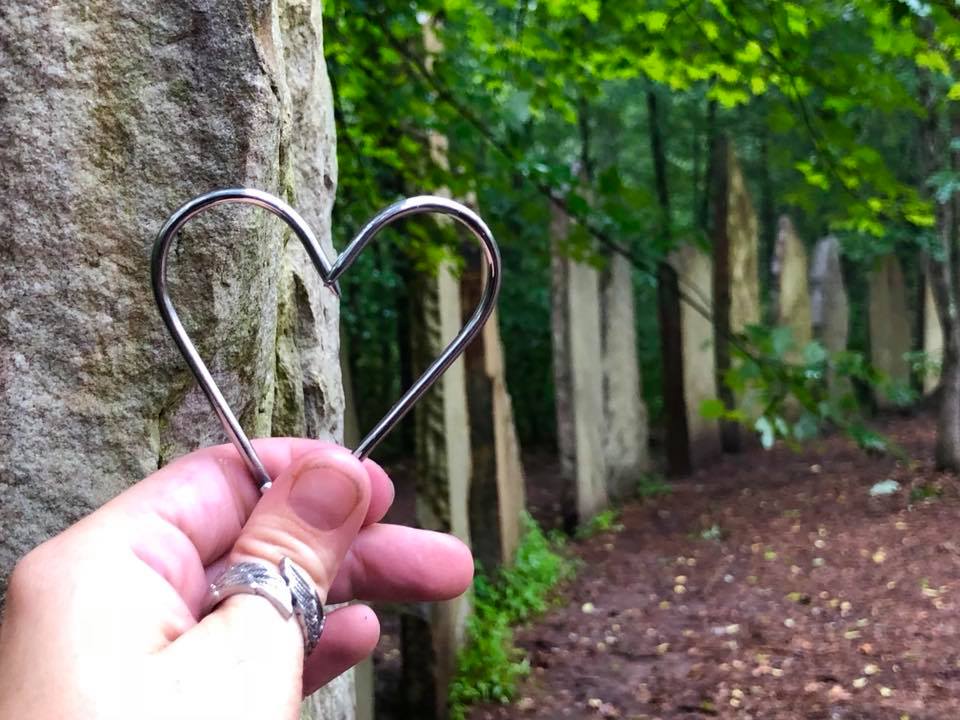 Almost one year ago I was challenged at a spiritual retreat to face what I bring to the table that my community could use the least. After a few days of spiritual work I realized that my lack of trust especially for my community was harmful to my community. So I let my tribe put giant hooks into my back and tie me to a standing stone. I let go of my fear and my ego and trusted my community to catch me.

A few months later my church was beginning to fall apart, the Board of Directors were keeping secrets from the congregation and the community would not tolerate it any longer. I had lunch with the president of the church and I told her that if she wanted to save our community she had to fall into us and trust that we would catch her.  That she had to trust the community would stand with her and together we could build a better future for our spiritual home.       She didn’t.

This last weekend I went to a burn event, the team that had been organizing the event for almost 10 years left my church as a venue because they couldn’t use a venue that did not live up to the 10 principles of a burn.  They told the community everything as openly and honestly as they could and then they let go. They trusted their community to support the new burn at the new location. Almost 700 people were there to support them. I got to work Summerisle this year and watch as people volunteered, and cared, and supported each other more than I have ever seen. They knew that something they loved could have been taken away and that they had to intern support each other and the organizers.   It was one of the best displays of an active and positive community that I have seen.

After the event each organizer made a post talking about how they weren’t sure if they could have pulled it off, and how terrifying it was to try and plan an entire event in 6 months and hope enough people showed up to not put the whole thing under.  They each said how they felt like they had to let go and hope the burn community would be willing to catch them.

It’s been almost a year since I was flesh hooked, and I made a pledge to trust. A few months from now myself and my tribe, many of which have either left or been banned by my old church will raise 4 stones in 4 days. We will set our strength against tonnage, and we will make the earth move. When I get scared that the people around me won’t help, when I wonder if my community will come to pull, I feel my scars and remember. I made a pledge to trust.

Who do you trust? How can you help it to grow?